A recent launch by Google, Flutter is a mobile UI framework that helps to develop amazing Android and iOS applications with a single codebase.

This free and open source platform allows the developers to build highly-interactive native interfaces on iOS and Android in record time. Its ability to speed up the entire app development process assists the developers in reaching a wider base of audience.

The platform makes for a great choice for creating interactive cross-platform hybrid apps. In this article, we will look at the various features of the flutter framework that makes it a top choice for developers who are looking to develop engaging mobile apps. Let’s begin.

Since we are discussing the merits of Google Flutter, it becomes domineering to look at the various features that flutter app developers would come across in the framework.

Apart from these, there are few more exciting features of Google Flutter that makes it a boon for the app developers. These include:

Some Benefits of Using Flutter for Hybrid Mobile App Development

After discussing the amazing features of Google Flutter, it is certainly a useful asset for all app developers. Moving on, let’s understand how this SDK, Software Development Kit, will prove to be beneficial for the app development industry as well:

Flutter supports both IOS and Android, making it a feasible option for cross-platform app development.

It allows the developers to modify widgets and build a highly engaging native interface. Also, the immensely productive rendering engine makes it a great choice for developing native platforms.

Having an eye-catching user interface is always a big plus for a mobile app. Flutter features Material Design and Cupertino for Android and iOS apps, respectively, that assist the app developers in building highly engaging apps. These are set of visual and motion-rich widgets that make the app look beautiful and interactive on both platforms. These apps are easy to navigate and extremely user-friendly.

Flutter further makes your app development journey delightful through native codes, third-party integrations, and platform APIs. You can easily access the native features and SDKs on both platforms and reuse the widely-used programming languages for IOS and Android such as Swift and Kotlin.

With Google Flutter, you can easily modify the interface by changing the variable in the state. Consequently, all changes will reflect in the UI. Also, Flutter makes it easier and quicker to set up the application compared to React Native.

Flutter makes sure that every design component of the app on the particular operating system fully conforms to the design standards. Every element of the app is up-to-date and there is the complete appropriateness of the design across all devices.

Moving on, flutter allows the developers to create personalized widgets by amalgamating the design standards of both iOS and Android.

Google Flutter is a great platform for developing hybrid apps. The Dart programming language and its complete support to IOS and Android make it immensely feasible for developing responsive mobile applications. Currently, Google is also working on a modular OS Fuchsia, written in Flutter. This compatibility-based OS is anticipated to replace Chrome and Android OS. 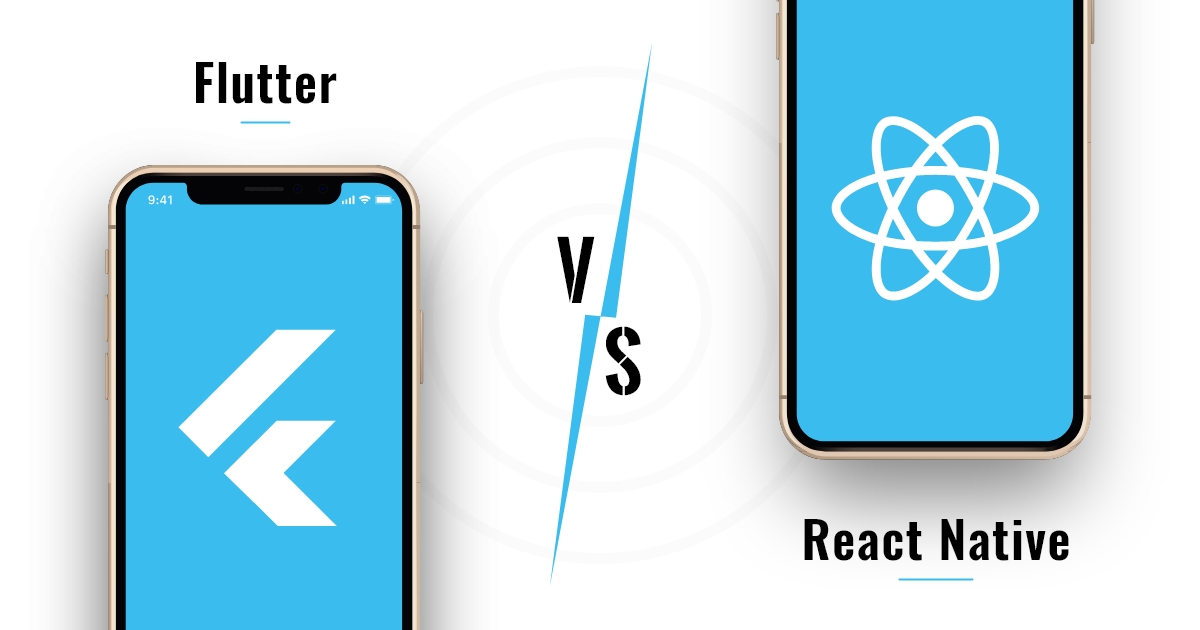 Have you heard of the emerging framework named Flutter? Well, Flutter is perhaps one of the trending app..

The open-source user interface and SDK (software development kit) Flutter have been created by Google. I..

Before the Flutter was introduced, mobile application developers were required to develop separate apps for two..