React Native vs Swift: Which is the Best for iOS App Development in 2022 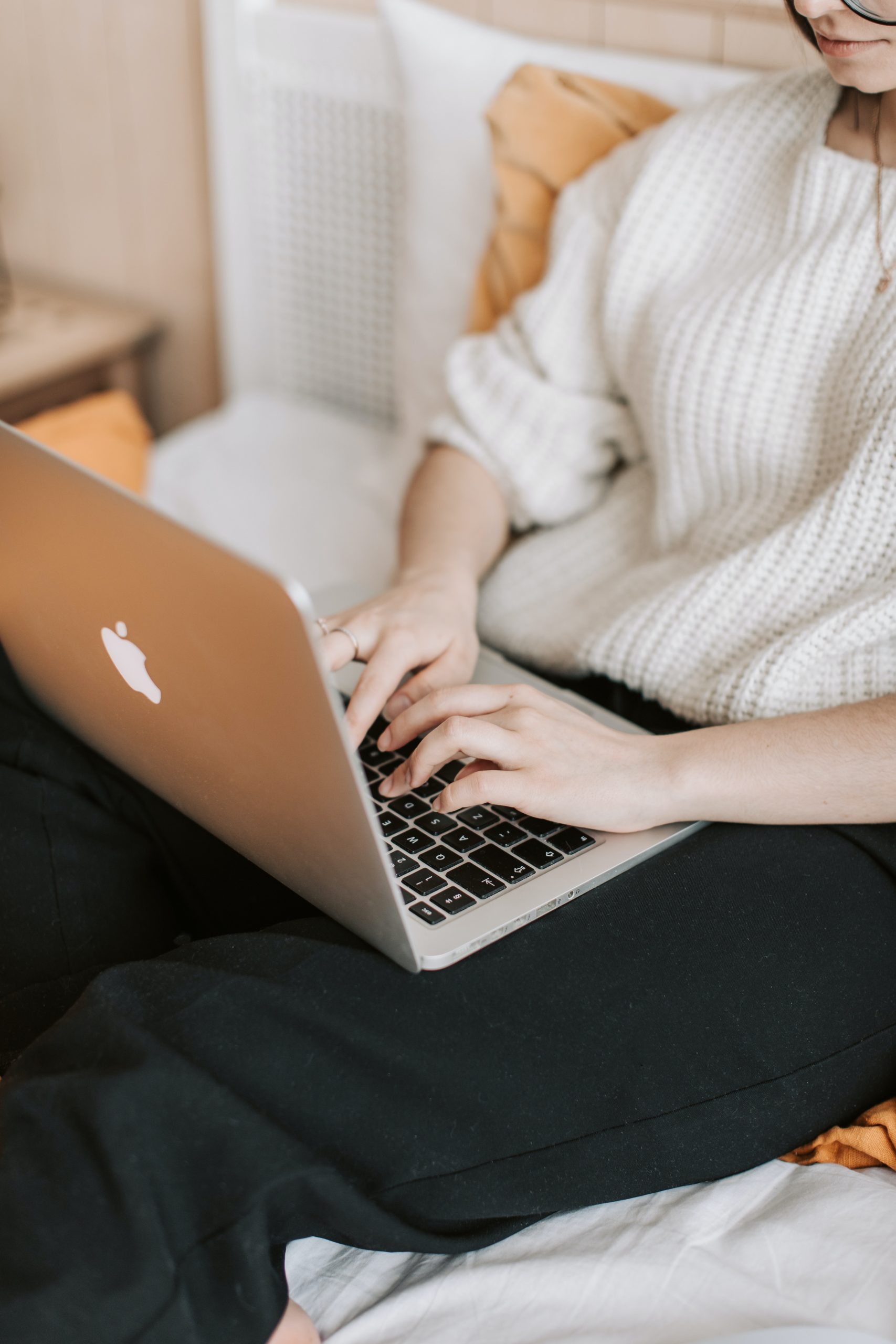 If you conduct a survey then you will be able to see that most of the smartphone users have Android. As per the records, 73% market share is owned by Android and only 26% market share is by iOS. But in reality, whoever uses iOS is quite rich and they do a lot of in-app purchases. Most companies try to launch their iOS app even before they start working with the Android app. This is the reason why it is quite tough for the developers of any iOS app development company in India to choose from React Native and Swift to develop the iOS apps. In this article, we are going to talk about the basic features and differences between both frameworks so that you can choose the best framework for iOS app development in 2022.

Swift is a compiled programming language that was developed by Apple so that the developers can create iOS apps easily. So we can say that it is the brainchild of Apple itself to help itself. This language was created around 7 years back and it was a shift from Objective C to Swift at that time. Objective C was a little bit slow and on the other hand, Swift is 2.6 times faster than that. The most prominent qualities of Swift are flexibility, simplicity and conciseness. You will also get the lesser error and it is safe to use to develop any app. Swift has an Application Binary Interface or ABI which makes it much more stable than any other programming language. This app is so flexible that it can help the existing apps to cope with the new versions coming into the market. So clearly, it is much more efficient than Objective C and that is why any iOS app development company in Bangalore uses this as their primary framework to develop iOS apps.

What is React Native?

React Native is a programming language with a JavaScript framework specially made to develop apps. You can ask any developer in any iOS app development company and he/she will tell you that old language is outdated right now and it is the era of React Native. It was developed by Facebook and it is specially made to save some time while doing the basic coding to develop an app. It requires a very small team and that is why you can save a lot of money to build a bigger team to handle the work. React Native has a rich library which is the biggest plus point of this language. This library can help the developers a lot while going through a proper coding process. You can also implement automation if you are using this programming language because the high-grade automation technique is fed in this language. So if you are going to develop a coming of age app then React Native can help you with all the necessary resources. 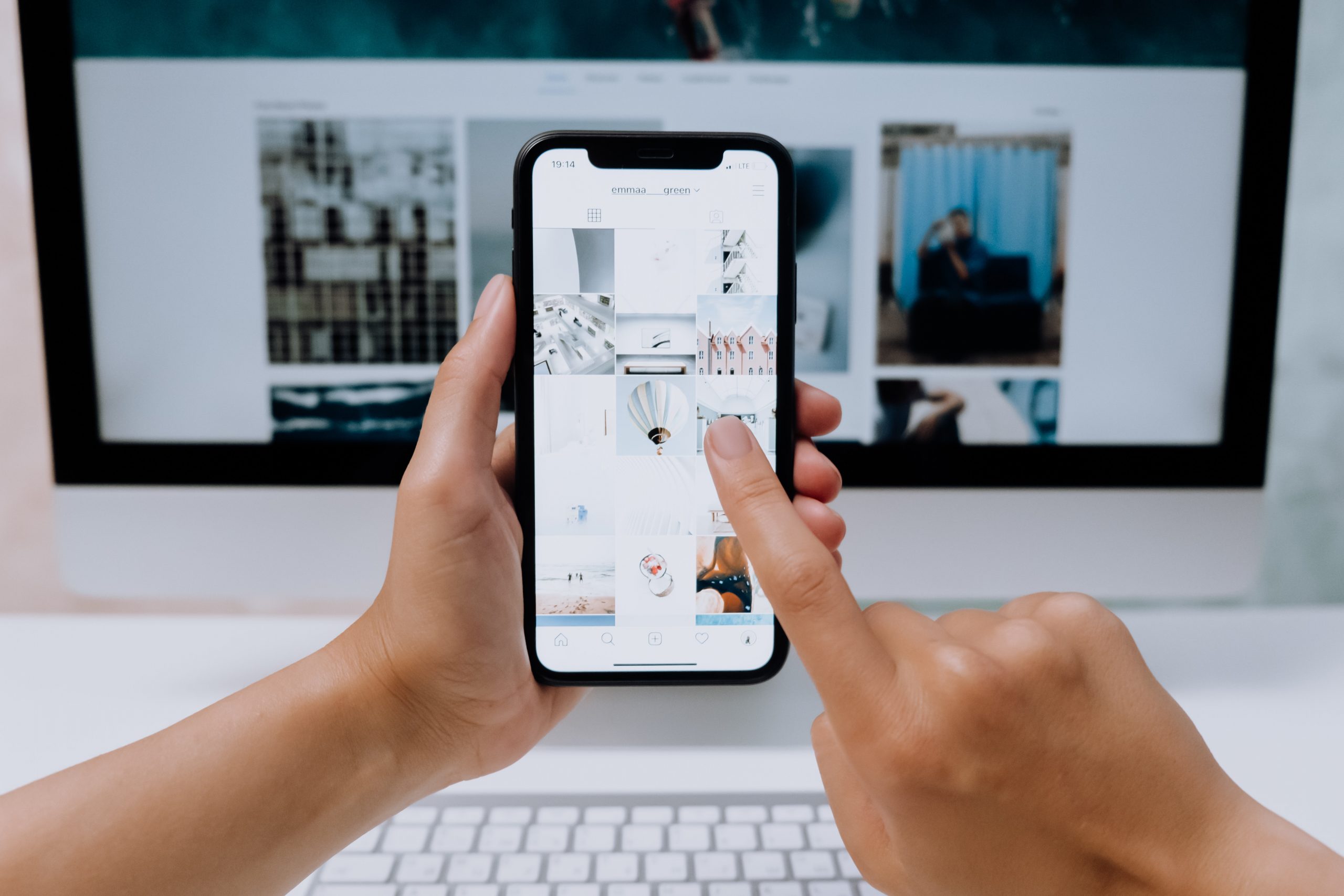 Swift vs React Native: Which one is best?

Now if we talk about the basic differences between Swift and React Native then we will understand which one to choose for your next iOS app development process. Eight factors can conclude the whole discussion and after that, you will be able to choose the best one as per your requirement. It is because you will understand which parameter is important to you and which programming language is winning over the other in that particular parameter.

Having a good user interface is one of the most important factors when it comes to developing an app. The users should be comfortable using the app and they should find everything in its place while searching for it. In the case of React Native, it uses the previous components to develop iOS apps. On the other hand, when you will use Swift then it is exclusively made for iOS and that is why you will get much more advanced features in the app after it is developed completely. So in this parameter, Swift wins the game.

Whenever you will develop an app with the help of any iOS available company in India, you will want your app to be stable. It is one of the most important aspects of the user experience that your app can work stably and you won’t have to make changes to it again and again. So, in this case, you will find Swift much more stable than React Native when it comes to developing an iOS app. You just have to make sure that you choose the correct libraries to develop the app so that you can implement the exact codes for the right functionality. If we talk about the stability parameter, there also Swift wins over React Native.

After you develop the app, you will want your app to perform well. So you will get different types of features available in the market which you can implement in your app so that it can perform well in front of the users. If we have to talk about the right framework to implement these features then Swift has much more coming-of-age features than React Native. So if you use Swift over React Native then you will be able to develop a much more efficient app for your iOS.

This parameter is completely chosen for the developers who are going to develop the app. In this case, Swift and React Native both have a very good coding speed if you know how to handle them. You can use the libraries available in both frameworks to make sure that you implement the in-built features in the app beforehand. As a result, we can say that React Native and Swift both are quite effective if you are going to develop an iOS app with the help of an iOS app development company in Bangalore. 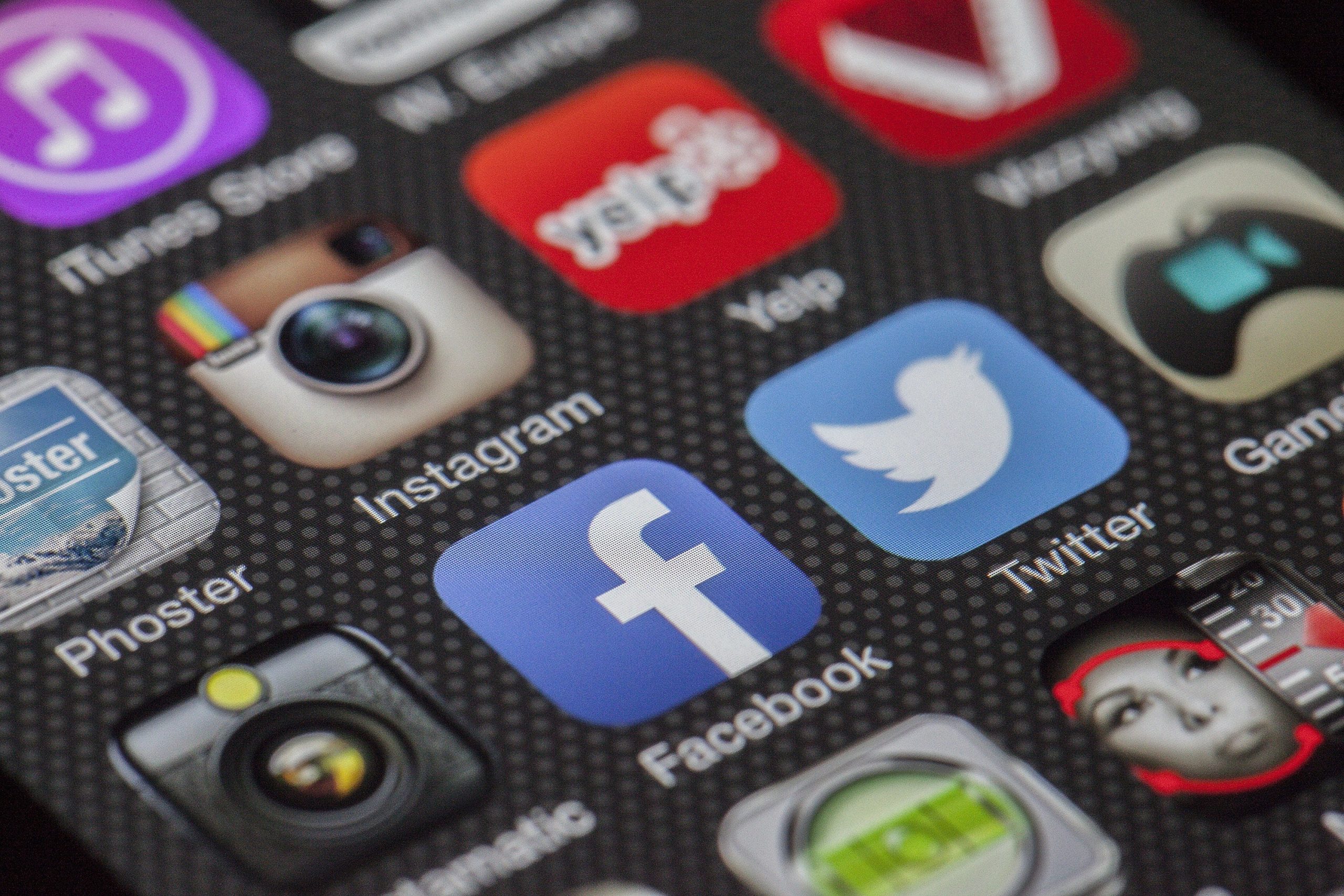 Now we have come to the point when we need to select the framework as per the development cost. In this case, React Native has a lower development cost and that is why it is considered to be one of the most cost-effective programming languages available for the developers in any iOS app development company. The bootstrap cost is low and that is why you can implement many other advanced features within that cost. So dealing with React Native is much cheaper than using Swift to develop an iOS app in the current scenario.

The learning curve is all about the parameter which is considered to see whether the developers can learn a particular app quickly or not. So if you think that you are going to become an app developer and do not know where to start, you can use React Native so that you can learn all the aspects quickly to create an advance level iOS app. Swift and React Native both are simple in language but if you choose React Native then you can ensure that you learn quickly to implement different features faster. So in terms of learning curve perspective, React Native will win.

This is a parameter that is important for any developer to document everything in its place so that he/she can refer to it later. In terms of documentation, React Native and Swift both are quite efficient. You can save all your codes very easily in both frameworks. You just have to make sure that you enter the correct data so that it can be fed later in your code. Once you document your codes properly, you won’t have to worry about losing them and you will get access to it whenever you will need the codes.

When should you use React Native or Swift?

If you are thinking about when you should use React Native and what will be the time when you will need Swift then it depends on the business type. If you need a high-quality memory management system for your business then Swift is the best option to do that. Because it has the best memory management system inbuilt. So it will be easy for any developer to use Swift if they want to use a high-quality memory system in their business. On the other hand, if you are going to create a prototype that is not the final product then you can go for React Native because it is cost-effective and also you will get all the necessary libraries. 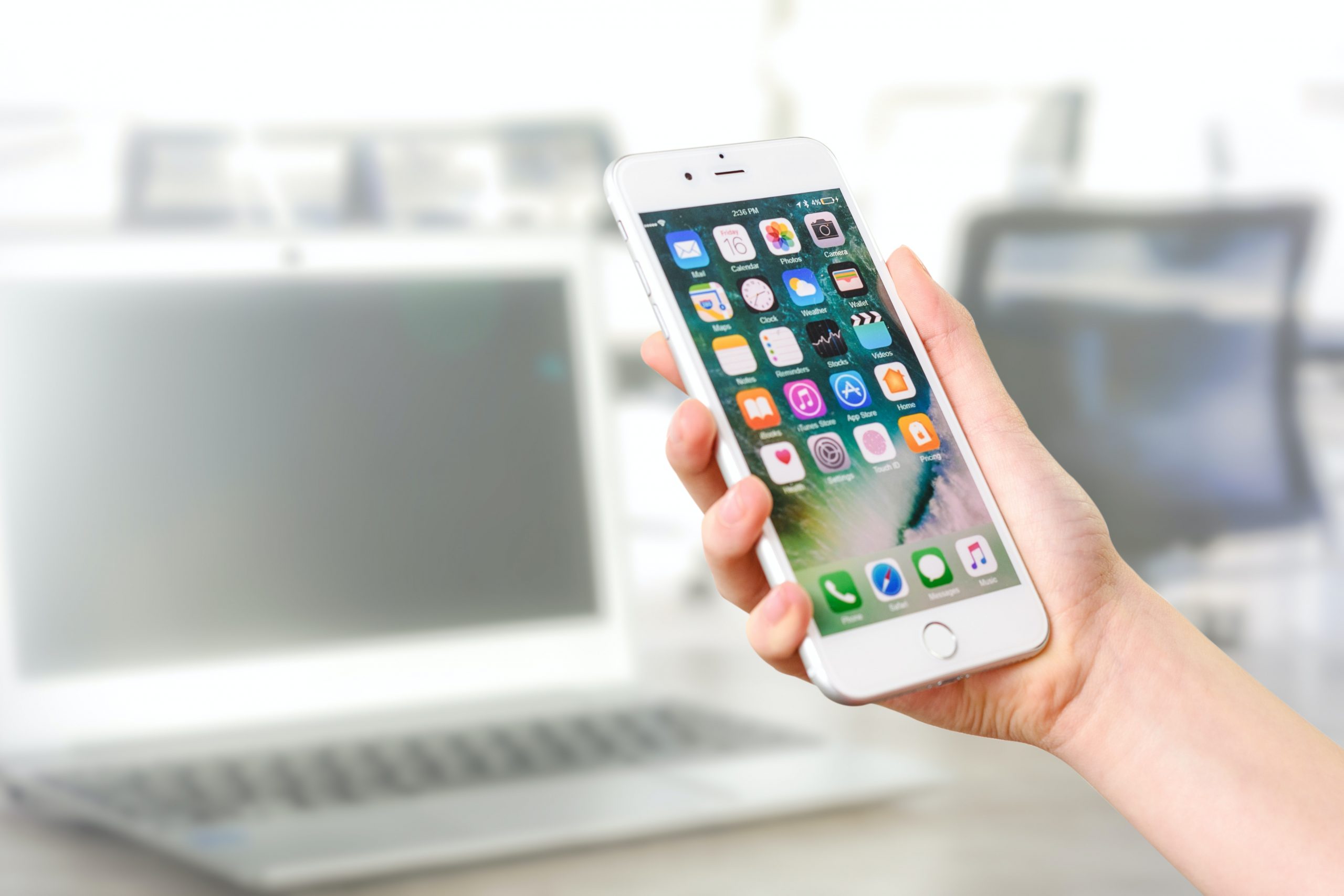 This article contains all the information related to the React Native and Swift frameworks. If you read this carefully then you will understand which framework you should use at which point in time. Once you will go through it, it will be crystal clear to you about both the languages and you will be able to decide which framework you are going to use.