The new cross-platform mobile development technologies enable the developers to create mobile apps that possess the necessary features to work on the different operating system and mobile platforms including Android, iOS, Windows and others. The cost-effective way of developing mobile apps uses the reusable codes, has better access to the plugins, is one of the best ways for prototyping, and can also be developed in a shorter time period. React Native and Flutter are the 2 most popular mobile App development framework today for developing cross-platform apps.

The React Native Mobile App development platform was originally introduced by Facebook in the year 2015 and is now also recognized by many as the future of the hybrid or cross-platform mobile apps.  Apart from Facebook, React Native is also being used by Skype, Instagram, and Bloomberg among other leading organizations. The framework uses JavaScript and has native UI components.

Flutter App Development, on the other hand, was introduced by Google and provides for both cross-platform as well as aesthetically pleasing mobile apps. The Framework was released by Google in the year 2017, at the happening event Google I/O Developer Conference. The open source framework uses the native APIs of both Android and IOS platform and was initially released on GitHub. Flutter uses the Dart language and has the proprietary widgets of Google.

When it comes to performance Flutter has the edge as it can connect swiftly with the different native components through the JavaScript Bridge, and the language Dart also is more synchronized to offer better workability. Other aspects that boost the performance of Flutter include the power provided by C++ engine and the encouragement that the App developers get for using the same code. The framework provides for overwriting of existing code and their recycling.

Certain issues related to libraries, architecture and native components occur when the cross-platform apps are built over React Native. The styling of the platforms is time-consuming and while the framework provides for reuse of the codes, it does not extend beyond some of the basic components. But there is no such problem with React Native when it comes to the development of the native apps.

2) Stability of Framework and Apps

React Native has large community support and has always been very consistent, aspects that make it more stable. Flutter with its present Alpha version may not be recommended for the larger projects. Also, while the Beta 2 version of the platform (announced by Google a few months back) has some new and impressive features, including a better access system and tools for the developers, it still lags behind React Native in the stability of the apps.

3) Development of the UI blocks

Flutter works with proprietary widgets. It may make use of the agonistic widgets of the platform for the development of animations, styling, text and the layout design. The UI design possesses interoperability along with the native components, but there are certain disadvantages to it as well. For instance, the Cupertino library (that has the Android and iOS UI elements) misses certain important elements and even some of the iOS form components.

Must read: Why Flutter is the Best Apps to make Hybrid Apps

React-Native consists of the native components of both IOS and Android. it can offer a better experience to the users whenever they assess the operating system. It is a more dynamic framework and provides for better user experience when compared to Flutter.

A straightforward and simple installation method can be easily and quickly learned by the developers. For installing the React Native framework, the Node Package Manager (NPM) and the Homebrew Package Manager (for the Mac OS) need to be used. Any developer who knows about JavaScript can install React Native easily.  For installing Flutter, a binary from the GitHub is to be downloaded, and for the Mac OS, the zip file is required.

When it comes to ease of installation, React Native fares better. Google should improve installation for Flutter and this can be done by supporting the package managers including MacPorts, Homebrew, APT and YUM among others. The users and developers will not have to undergo the unnecessary steps and can save time and energy this way,

When we are doing React Native vs Flutter, it is also relevant and important to compare the two languages of the framework viz. JavaScript and Dart respectively as well. Dart was introduced by Google in the year 2011 and is a simpler and more easy-to-learn programming language. But because it is new, it is not widely recognized, its use is less common.  Still, Dart supports the object-oriented concepts and hence can be easily understood by the Java developers.

JavaScript has the highest adoption rates as well as popularity (was the most popular language on GitHub in the year 2018). It is also supported by mobile, servers and web browsers.

Flutter facilitates documentation and allows the developers to document the applications swiftly. The same is more time consuming and complex when you use React Native. Flutter is also more compatible with tools including Android Studio and Visual Studio Code among others that make life and task of the developers easy.

The time that an app takes towards development is very important nowadays as all app developers have set deadlines for the projects. One of the biggest advantages of React Native is that it has a lesser app development time. The benefit is derived mostly because of the presence of components, which are already in ready-to-use forms.

Flutter is a relatively new framework and needs more recognition. While Google has promised more features that would reduce the app development time, the real benefits are still to come.

React Native is a highly preferred framework and as said earlier is used by some of the most known and highly reputed companies and applications including Instagram, Walmart, Skype and Facebook among others.

Once again, the newness of Flutter deprives it of recognition and the framework does not have adequate features and functionalities, which it can showcase to the businesses and industries.  But it can still be used by the start-ups conveniently and a good number of businesses (including some of the leading ones including Alibaba, Hamilton Musical, and JD Finance among others) have adopted the framework. But we can expect that with further development and upgrades, there will be many more clients for the framework.

The developer changes in the app is an important feature that the framework should provide for the development of better hybrid or cross-platform apps. Fortunately, both development platforms including React Native and Flutter come along with the “Hot Reload” feature through which the changes can be validated immediately.

10) Automated Support for Build and Release

Releasing the mobile app on the Play Store or the App Store can be time-consuming. This gets even tougher and complex for hybrid or cross-platform apps. Flutter offers stronger command line, and the deployment process has also been officially documented. React Native has a manual process for deployment and uses the third-party libraries for automation of build and subsequent release.

Must read: Pros and cons of Flutter in Mobile App Development

Therefore, Flutter has better support and better build automation for deploying the app from the command line.

As we can see both React Native and Flutter have their own advantages and disadvantages. React Native may gain recognition and a better audience ground, while Flutter uses Google proprietary technology to be more performance oriented. As of now Flutter may lag behind the other framework but has an immensely bright future. Developers should make the final choice on the basis of their own requirements.

Infographic on React Native VS Flutter 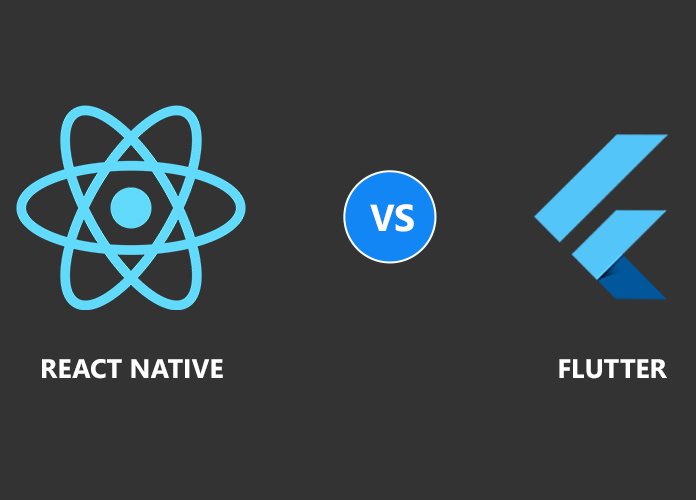 Have you heard of the emerging framework named Flutter? Well, Flutter is perhaps one of the trending app..

The open-source user interface and SDK (software development kit) Flutter have been created by Google. I..